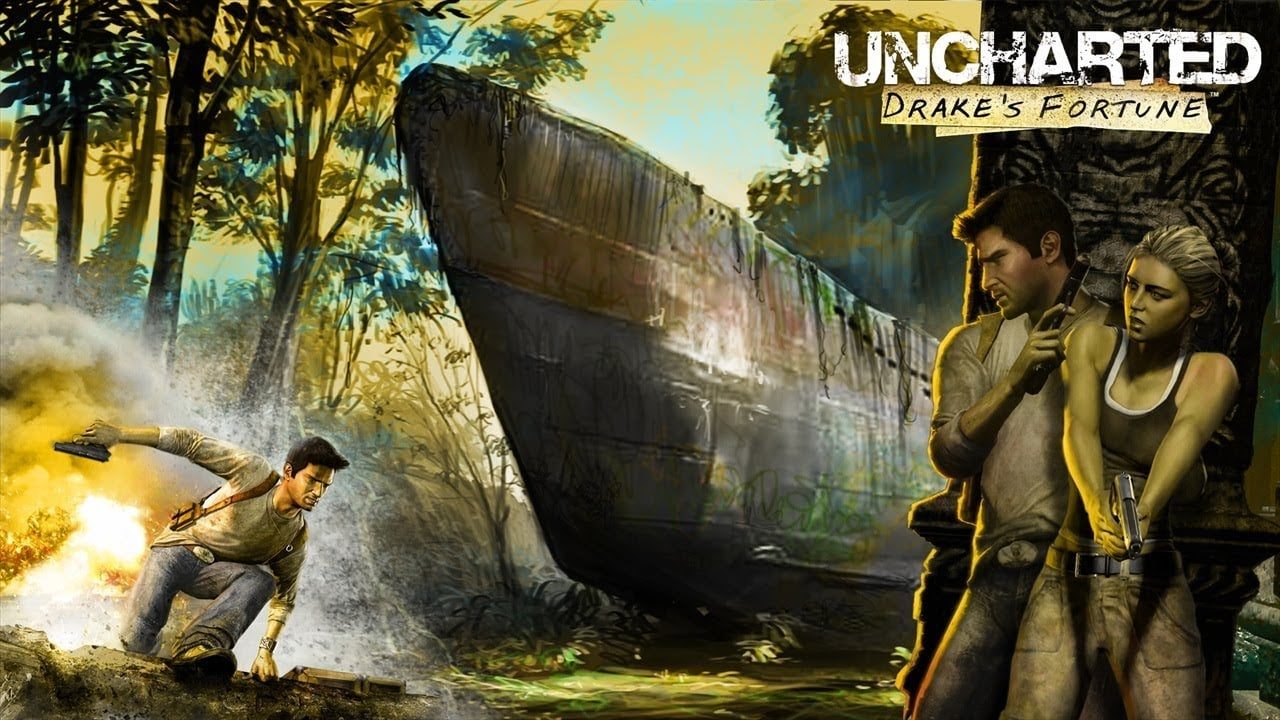 Uncharted 3 has been officially announced with a trailer that premiered at the Spike Video Game Awards. This new IP has come a long way to becoming the success story it is today.

Back in 2007 Sony and Naughty Dog released Uncharted: Drake’s Fortune, a game that was very much needed to convince people to go out and buy a PS3. Obviously it succeeded and is giving us 2 sequels, but was Drake’s Fortune that good of a game or was it just the only option available for PS3 gamers?

Drake’s Fortune puts players in the shoes of suave fortune hunter Nathan Drake, a descendant of the famous explorer Sir Francis Drake who was lost out at sea. Upon finding he faked his death and left behind a diary, Nathan and his friend Victor “Sully” Sullivan go hunting to find El Dorado. Ambushed and with Sully presumed dead, Nate and his reporter companion Elena Fisher travel to an island Francis Drake marked to be the location of El Dorado.

Uncharted fits almost every stereotype of a popcorn flick. You have your suave lead in Drake, the beautiful but deadly damsel in Elena, the comedic sidekick in Sully, and the villain with the English accent in Gabriel Roman. Next add in some melodrama, some romantics, and high-speed chases and you have the definition of a summer blockbuster in your hands. However it still manages to pull you in and feel for the characters thanks to the wonderful story writing and well-developed characters.

Prepare yourself for some predictable turns, but thankfully there are some genuine surprises towards the end of the game that will catch any player off-guard. What you won’t be prepared for is just how engrossing the story is though. Naughty Dog still manages to put down naysayers that single-player games can succeed without multiplayer even today. It’s easy to invest many playthroughs in the game thanks to the well-crafted story that manages to hook players in even with its popcorn flick tale.

The star of the game still has to be the characters. Even with today’s tech it’s still hard to pull off realistic characters with real human flaws. It’s surprising that Naughty Dog was able to pull it off in 2007. Everyone feels like a real character you could find in the world with real animations and real motives. This is just a testament to how far anyone can go with a good script and a solid set of actors.

Yes it’s hammy. Yes it’s corny. Still Drake’s Fortune contains an excellent tale with characters that are easy to invest in and has some twists and turns you may not expect.

Drake’s Fortune puts players in the middle of a beautiful, lush jungle environment, but doesn’t give you free rein to go play around. The linearity doesn’t impact the game that much due to the excellent set-piece moments and explosive action.

Drake can climb walls, shoot while climbing walls, and even gets into some shootouts on vehicles. It all adds up to an exciting design. While there is no multi-player, the game is still fun with its platforming elements and its intense shootouts.

There is still plenty of content within Drake’s Fortune to keep the gamer coming back for more. The campaign clocks in for around a healthy 8 hours, but there is still much to do with Nathan even after beating the game. A total of 61 treasures are scattered throughout the island for collection and each is beautifully created. While trophies didn’t materialize on the PS3 till mid-2008 (Drake’s Fortune was the first game to get the patch), Naughty Dog included a bunch of in-game achievements that players could unlock in order to gain points to unlock extra goodies such as skins, filters, weapons, and making of videos.

This beautiful jungle environment also gives up some interesting locations for shootouts including a shipyard, castle, and a monastery that have all been overgrown by plants and trees adding strategic depth to every battle.

Drake’s Fortune may seem light on the content upon a first glance, but after delving into the game it becomes quite apparent that the game houses plenty of extra content to increase its staying power.

On the surface, Drake’s Fortune may look like a Gears of War knock-off with its cover mechanics and pop-and-shoot gameplay, however Uncharted is much more than that and properly shows how to do shooters on the PS3.

The DualShock brand of controller has always been mocked for being inferior to the 360 controllers when it came to shooters, but Uncharted changed all of that with its tight and smooth gameplay. It’s quite easy to take cover behind any piece of cover and then holding the L1 button to aim and R1 button to fire off rounds. Every weapon feels unique and packs quite a punch, especially once the later weapons are found.

Vehicle sections pop up every now-and-again to add some variety. A frantic race in a jeep with a mounted turret feels epic and adds some punch after the many gunfights. Two Jet Ski parts appear, though the 2nd one is by far the superior as it forces you to keep moving rather than aim. Platforming is the 2nd half of Drake’s Fortune gameplay, though this isn’t platforming in the traditional sense. Rather than have you guess where to jump, Drake’s Fortune pretty much puts the jumping and swinging on a linear path, although it can be hard at times to pick what is climbable from the detailed environment. Everything feels smooth and natural thanks to the animations and death due to platforming will most likely be from trial and error in finding what is climbable. Melee combat also makes an appearance but becomes less useful as the game progresses due to enemies taking more damage, coming in bigger groups, and the fragile nature of Nathan.

If Uncharted has a fault in the gameplay it is the fact that things can become a teensy bit repetitive. Enemies are brutal in the later chapters adopting tactics that result in quite a few deaths. Flanking manoeuvres, snipers in inconvenient places, and rushers with shotguns will cause some teeth to grate near the end especially since Drake takes a while to heal. Luckily the last ¾ of the game causes you to switch tactics thanks to the introduction of a certain enemy. Let’s just say that players will enjoy the change rather than having to deal with more fire fights.

Drake’s Fortune is a fun game to play through. While it does come a bit repetitive towards the end, a smart choice to switch up the gameplay helps keep it fresh.

If there was ever any title that helped define the PS3 as a graphical powerhouse then it would have to be Uncharted: Drake’s Fortune. Even today the visuals, voice-overs, orchestral soundtrack, and animations hold up against many other games on the PS3 and other platforms.

Naughty Dog knows how to construct an engine. Textures are high-res with the detail put into each of the main characters outstanding and the jungle environment flawlessly pulled off. Another star are the animations which are top-notch and include every detail from the way Drake and enemies escape from an explosion to the use of geometry Drake uses on every object he takes cover behind.

Eyes will be treated with the excellent lighting as the sun shines in the eyes of Drake and how it creates shadows as it shines through trees. Ears will also be treated to one of the best orchestral soundtracks in years.

The biggest treats of all come in the form of the fantastic acting that is hit perfectly with every character. Nolan North provides the voice and animation for Nathan Drake and makes the character an absolute joy to play with while Emily Rose brings to life the beautiful and dangerous Elena Fisher. The next treat comes in the form of water that is unbelievable in this game and an effect that most video games still can’t manage to achieve. It’s realism is just a testament to the high production values Naughty Dog put into Uncharted to make this a master piece.

Uncharted: Drake’s Fortune is technical marvel and still manages to outclass many modern games with its attention to detail and stellar production values.

Drake’s Fortune will always be remembered as that first PS3 exclusive to showcase the potential of the PS3. Sony wanted this game to be the highlight of the PS3 in 2007 and it has thanks to critical and commercial success and is now a critically acclaimed franchise. What Naughty Dog did in 2007 was create a masterpiece that has lived on and still manages to stand on its own two feet despite being 3 years old. 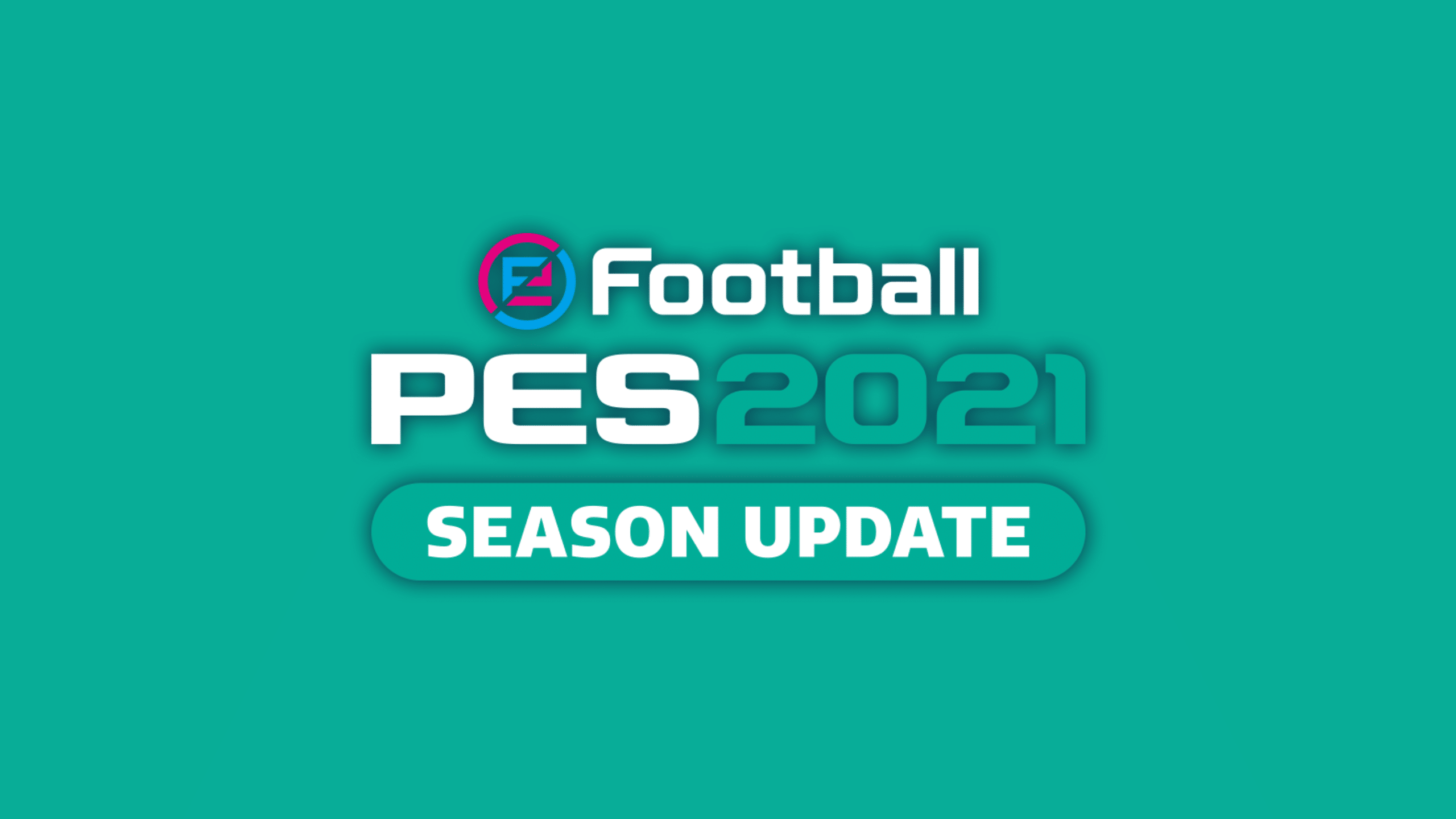 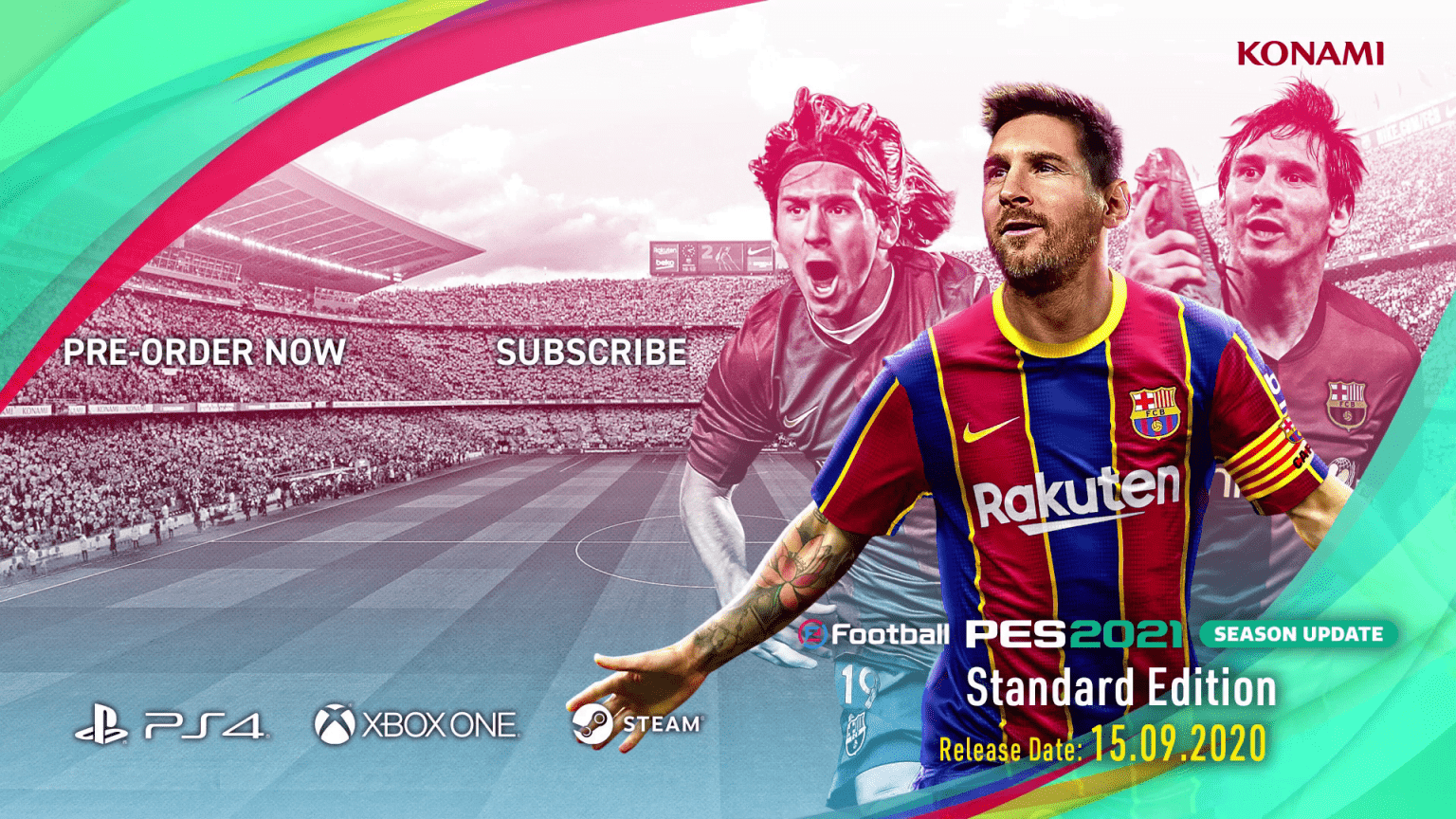